I want to thank BitPay for being a notable sponsor of bitcoin core development for over two years.  BitPay is truly a leader in open source, with bitcore and Copay being two notable examples.

It was an exciting and transformative time at BitPay, and I'm now transitioning to become a member of the BitPay Advisory Board.  I'll be focusing most of my time on building new and interesting things in the bitcoin space.

Other members of BitPay's Advisory Board include Arthur Levitt and Gavin Andresen, so I'm excited to continue to support BitPay.  Email jgarzik@bitpay.com will remain active as a BitPay advisor. 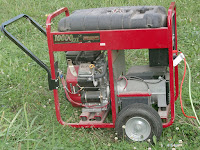