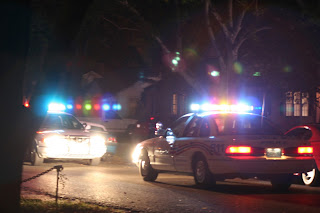 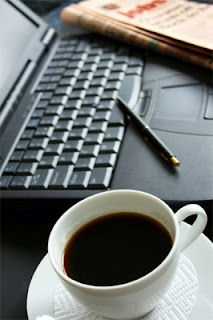 EDIT: or, perhaps, after some shed-painting,

Posted by Jeff Garzik at 8:18 PM No comments:


The reddit comments discussing the Avalon status update are particularly amusing, embodying signature American impatience:  "I want something, I want it now, and I will rage at the injustice of instant gratification being delayed."


When it comes to Bitcoin mining, the whole idea of buying something without having any real clue when you'll get it is absurd. It should be like any other computer. Buy it, get it shipped to you within a week. No more bullshit.


Producing a new computer chip requires engineers with highly specialized design skills, and enormous amounts of capital.  $500,000 - $2,000,000 or more.  Any mistakes in the chips cost similarly large sums of money to fix.  Even with a 100% complete design, production may take months.  This is simply not a just-in-time operation.  Further, unexpected month-long delays are common.  Any mistake or change adds weeks to the schedule.

Thus, economics dictates certain realities.  Namely, paying your engineers and paying for chip production.  Possible funding sources:
Let's take them one at a time.
Essentially, there were two workable models that the free market has shown will work in 2011-2012:  IPO on unregistered securities market, or pre-orders.

An unregistered securities market clearly appeals to free market libertarians, as the creation of GLBSE and other projects in the bitcoin community demonstrate.  It is also a magnet for scams, as experience has shown (Pirate-related pass-through funds were listed on GLBSE).  Thus, IPO is a risky endeavor, and in 2011-2012 was unlikely to be successful in producing mining chips.

ASICMINER, through the regular exercise of [some levels of] transparency, prevailed in a difficult market.  They raised capital, started operations, and have so far maintained sufficient levels of profitability to continue operations.  ASICMINER survived the collapse of GLBSE, and continues to pay dividends to shareholders, despite the operator "friedcat" remaining anonymous.

Pre-orders are the remaining funding model.  This is another model that is fraught with scams.  Indeed, there have been many copycats who set up a website, promise ASIC hardware, and attempt to collect money.  How to separate these scams from the real operators?  That question is the fundamental problem with pre-orders.

Unfortunately, pre-orders are also the most straightforward way to fund an ASIC project, if you lack IPO or Angel money.

For bitcoin, circa 2011-2012, pre-orders were the most realistic way that a computer chip was going to be produced.  At the time, fewer knew about bitcoin, and it was unknown if bitcoin's price -- then under $5.00/bitcoin -- would support mining hardware.  It was not obvious there would be a profit.

Butterfly Labs and Avalon took that risk, and succeeded.  Avalon was out the door first, while Butterfly Labs took over 12 months to begin shipping hardware in volume.  Another effort, bASIC, failed, through the operator eventually refunded almost all the pre-order sales money.

Today, mid-2013, bitcoin hardware has been proven to sell.  BFL, Avalon and ASICMINER proved that hardware can be produced, that customer interest exists on the free market.  Several other startups are entering the mining hardware business:  CoinTerra, HashFast, Alydian, KNCminer to name a few.  Existing players are shipping hardware, and working on next-generation designs.

We all want instant gratification.  And customers who pre-order mining hardware have a clear economic incentive to want the mining hardware in their hands ASAP -- every day lost costs money.

But that must be balanced by setting realistic expectations on the mining hardware businesses.  These are all tiny startups, with no existing chip production lines, creating brand new computer chips for an uncertain, volatile bitcoin market whose profitability in future months is unknown.

"buy it, get it shipped within a week" is a realistic expectation for a decades-old computer market that mass-produces PCs.  As the bitcoin mining hardware market matures, we will start to see this too.  Many of the new mining hardware companies are learning from the BFL/Avalon experience, and competing with enhanced pricing and customer service models.

The free market at work.  The bitcoin mining hardware market is what it is, and could not have been accomplished any other way.

Disclosures:  Am a customer of almost all companies mentioned (I try to buy one of each).  Missed out on the ASICMINER IPO, though, as GLBSE was not a platform I wanted to dabble with, for legal reasons.