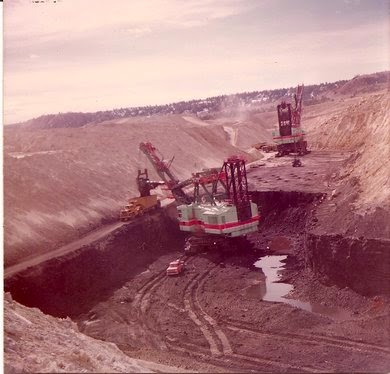 Bitcoin mining pools are entities that serve to aggregate the security services provided by bitcoin mining hardware owned by individuals all over the world.  These mining pools execute bitcoin monetary policy -- they are the key network entities that select transactions to be included in The Official Timeline of Bitcoin Transactions (the blockchain).

The companies and individuals that own bitcoin mining hardware form a second tier in the market.  These miners choose an aggregator (mining pool) to which they provide computing services, in exchange for bitcoin payments.

The unique and interesting bit is that these second tiers miners all employ software that auto-switches between mining pools based on a variety of economic factors:  pool monetary policy choices, profitability and fee structure of the pool, technical availability of the pool, collective strength of the pool (size of the aggregation) versus other pools, etc.

Thus, a large and popular mining pool, dominating the market with >50% marketshare, may disappear in an instant.  Or another pool may be more profitable.  Second tier miners all employ software that switches between first tier aggregators in real time.  Low economic friction vis a vis market entry implies that market leadership follows three trends:
It is natural and expected that miners will see a pool grow large, and switch away to other pools.  ETA:  Standard recommendation, use P2Pool.

Finally, remember that mining pools and miners are paid with tokens within the system -- bitcoins.  It is always in a miner's interest that bitcoins maintain their value.  Any behavior that harms the network as a whole will directly impact a large miner's income stream.  The larger the miner, the larger the impact.

Why I will not be joining the NSA protest


Some random points about the NSA and global surveillance:

Today, in 2014, paying low volume retail prices, it costs a DIY stalker $400/month to track every human going through a single street corner.  For a large government at mass scale, their costs will be 1/100th or 1/1000th of that, or lower.  The costs of tracking everyone on the planet is falling through the floor.

Don't blame the NSA for being the first to buy a hammer off a store shelf.

Most network engineers presumed the Internet has been tapped for all its life. The Internet was not built to be secure. The original Internet protocols all sent passwords and other sensitive data over the network in plaintext. To this day, the most popular email protocol sends email across the Internet in plaintext, ensuring at least 10 entities (routers) have a copy of your email. It was trivial for any university student to snoop your email.

The NSA's global surveillance is a commentary on the future of tech for everyone. What the NSA has today, other countries have tomorrow, everyone has next year.

Further, we are presented with the obvious paradox:  Law enforcement (LEA) needs to follow criminals, whereever they go. National defense needs to follow attackers around the world. If you build a space away from LEA, criminals go there, and LEA is tasked to follow.

We now live in a world where all authors, thinkers, activists, politicians, judges, attorneys are automatically recorded.

The movement and communications of all "wired" citizens on Earth are tracked. Relevant factor is how tech advances to permit NSA to "remember" ever higher percentage of daily data. Data firehose is staggeringly huge, even for NSA.

No matter the layers of process protections and personal honor defending such data, access to the movements and communications of everyone will be abused for political or petty reasons.

Consider NAACP v. Alabama in the context of a universally tracked digital world.

Globally, we must have a conversation about practical freedom and privacy limits to be placed on data collected without our knowledge.  This is much bigger than the NSA, and we should not get distracted from the bigger picture of global surveillance by breathing fire at the first organization that makes use of well known techniques and technologies.

My personal recommendation are laws in every jurisdiction regarding privacy, data retention, forced data expiration (deletion), decreasing use of secret evidence, and eventual notification of investigation targets.  We must avoid the "pre-crime" trap, where predictive models lock society into a straightjacket based on word or thought alone. Citizens must be able to spout off. Youth must be allowed to screw up and be forgiven by society, rather than curse a person with a minor youthful transgression for the rest of their lives.

We must encourage the government to be transparent, while protecting the privacy of our citizens in a global, internetworked society.